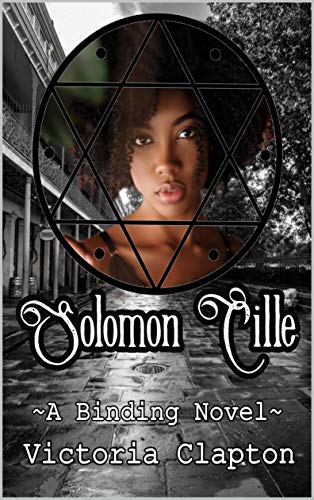 The danger in New Orleans grows as Orlagh, Queen of the Seelie Fae, strikes out again. Voodoo Queen of New Orleans, Josephine Touchet, must get together with her friends and family, to bring together the vampires, faeries, and witches to end this threat once and for all.

Prophetic dreams of death and destruction, caused by her unborn daughter, Solomon Cille, plague JoJo’s sleep, warning her of trouble to come. The trouble must be stopped before JoJo’s nightmares are made real. Solomon Cille is young, but a heavy burden hangs on her head.

The Seelie Queen chose her to host a parasitic faery within her body, a blood elemental that feeds off of Solomon’s essence and urges her to go to war against her city, but things don’t go as Orlagh plans. Solomon is not brought down by the invasive fae sharing her body. In fact, a different sort of magick happens, they become friends, and Solomon’s power grows.

With the help of her family and control over a unique type of magick, Solomon prepares to face the Seelie Queen head on, to save her city and protect her love…